The APPLAUSE Data Release 3s (DR3s) is a addendum to the third release of digitized astronomical photographic plates.

APPLAUSE DR3s contains
images and metadata from plate archives/collections of the Solar Observatory Einstein Tower in Potsdam, Germany.
In total 3620 scans of photographic plates with broad-band images of the solar disk

The image below is a calibrated and centered image after removal of background artifacts (Level 1) obtained at Solar Observatory Einstein Tower on 1949 February 3. 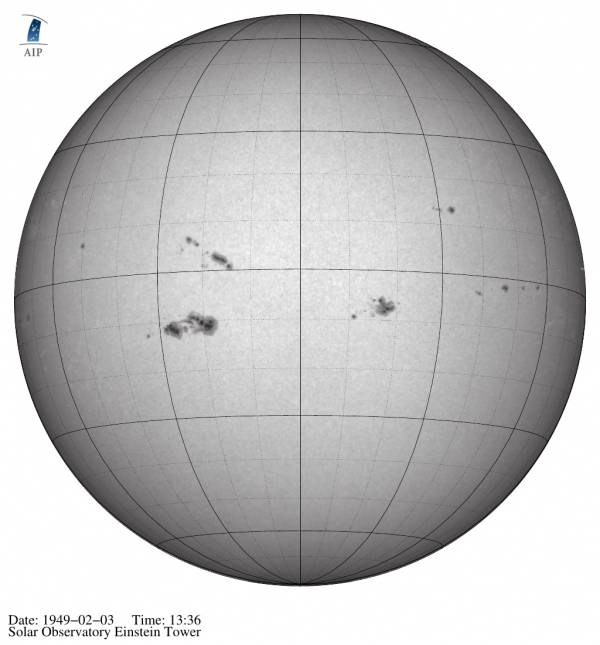 Data coverage of photographic plates for the years 1943 – 1991 is shown in the below diagram. 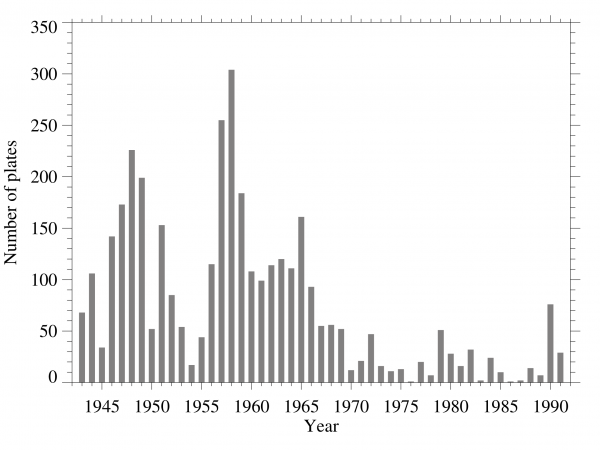 The solar full-disk plates were recorded at the Einstein Tower during the years 1943 – 1991 (Solar Cycles 18 – 22). High-school students from Potsdam and Berlin digitized more than 3500 full-disk images during internships at AIP. The various calibration steps include accurate measurements of the solar radius, centering of the solar disk, correction of the solar position angle, determination of the limb-darkening function, and establishing an accurate coordinate system.